Had some internet difficulties the last few days, so I will be posting several posts to ‘catch-up’ as it were. 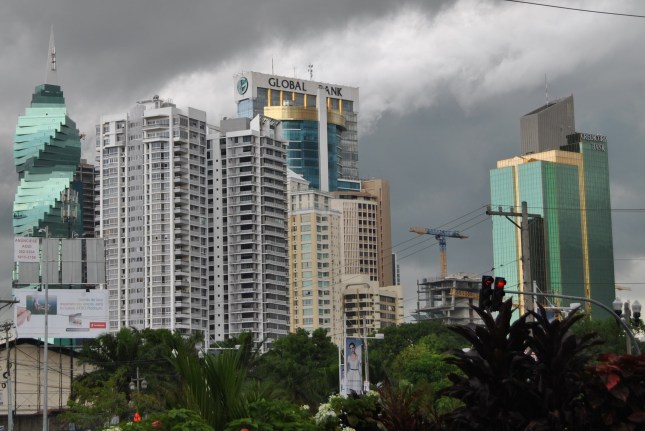 The nation of Panama is a nation of contrasts; at once old and young, rich in wealth with grinding poverty, Americanized yet foreign. Rainforests, and lush jungles teem with steamy heat, in comparison with the cooler mountainous regions.  These contrasts extend to the general attitudes of local residents as well, similar to that of “big city versus friendly hometown” with Panama city residents often exemplifying the attitudes of their northern neighbors (New York City).

Daily rainstorms pound the capital city during the rainy season (May – December) but offer little respite from the heat, which can be oppressive. However, despite urbanization along with an impressive array of skyscrapers, the city remains just steps from the rainforest, and a bountiful variety of birds, plants and other animals.

Reluctant or nervous travelers will appreciate Panama’s shared history with the United States. As the USA encouraged the Central American nation towards independence (as part of American efforts to control the canal zone and thwart the Colombian government), these close ties have resulted in a degree of Americanization that is surprising to some first time travelers.

While Panama boasts of a national currency featuring ‘Balboas’ or ‘Martinellis’ by the nations’ satirists, only coins exist as evidence of this. The remainder of trade and economic barter is done using American currency. English is commonly spoken by Panamanians, and the North American presence has grown exponentially in the last decade. Several exclusive communities of United States and Canadian residents dot the Panamanian landscape, particularly in more desirable areas such as the more temperate areas surrounding David. 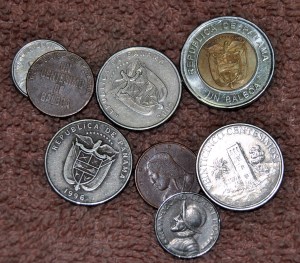 the ‘Balboa’, the official currency of Panama

The shared history of Panama and ‘the gringo’ has existed for well over a century – since the Americans financed and engineered their way in – to complete that Canal project after a spectacular French failure twenty-five years earlier*.

Of course, this influx of gringos, and influence/ interference in Panamanian life comes with mixed feelings.  Some of the local publications are quite critical of  the American economy, and current government policies as being responsible for increased inflation in Panama due to their reliance on American currency due to American currency devaluation.

The large number of US ex-pats and other North Americans has a more appreciable downside to today’s tourists – in that Gringos are a frequent target for scams and rip-offs but that’s no different from several other tourist destinations, (and is more noticeable in the city itself.) 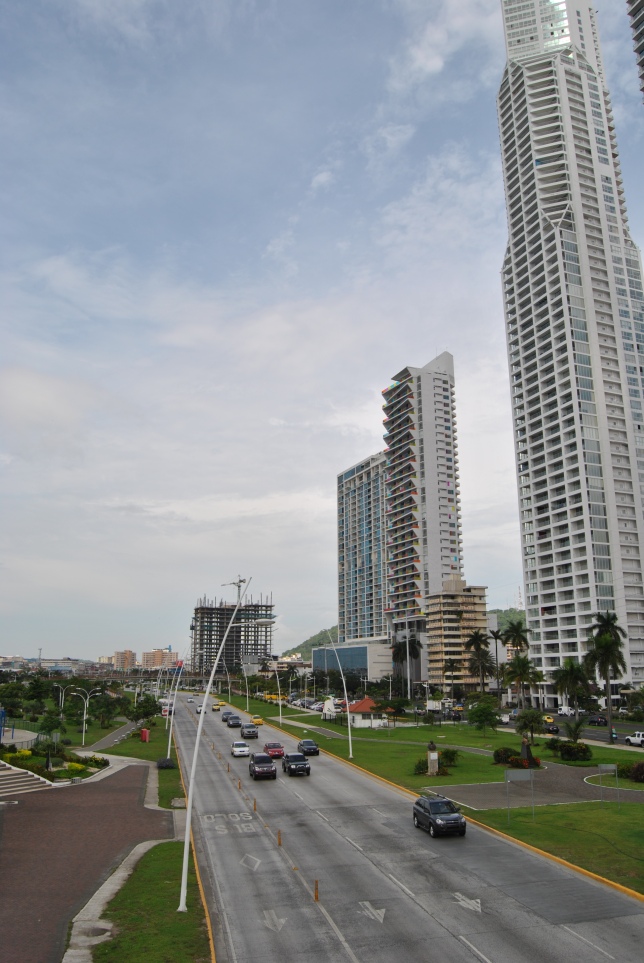 However, the local mix is much more than Panamanians and Gringos, which gives the capital city a more interesting cultural mix..  There are groups of Venezuelan immigrants both quite recent and more remote, Chinese neighborhoods as well as barrios of Colombians, Salvadorans, and other Latin American neighbors..  Germans and Russians also have a presence in the city – making it quite cosmopolitan despite the relatively small population in Panama overall with a total population of just under four million.

* Canal history is pretty interesting, so I have included some links for readers interesting in additional information.