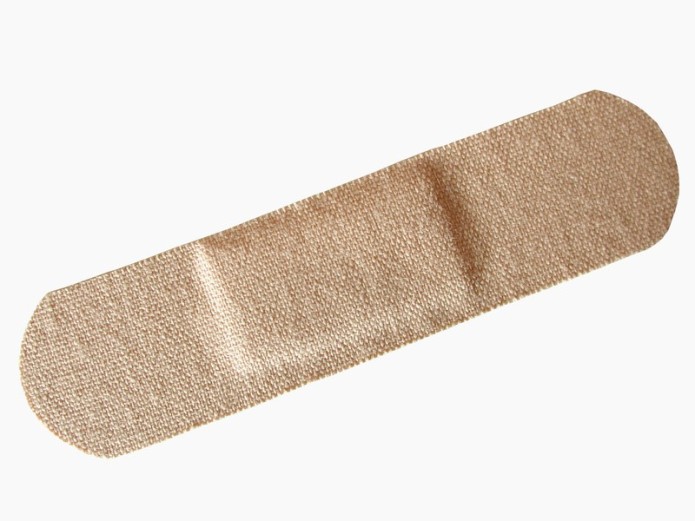 “Love in the time of cholera”, is one of Nobel-prize winning Colombian writer  Gabriel Garcia Marquez’s literary masterpieces.   The novel, set in the seaside city of Cartagena, explores concepts regarding the physical and emotional sides of love, as well as aging and illness.  Like all of his novels, the plot is interwoven with rich imagery and sentiment.

However, I am not as high-brow or literary minded as many of my peers.  I struggled through “One Hundred Years of Solitude” and its vast array of characters (if I have to take notes and re-read passages to remind me of the story I’ve just read, it’s not working for me).

So I breezed past Love in the time of cholera, even when it came out as a movie a few years ago..

But then again, it’s just not my taste.  I tend to lose interest for any of the overblown, heavy romantic dramas – I fell asleep during Titanic (best nap ever!) and walked out of “The English Patient.”  Books of this nature, and magical realism in general, tend to hold my interest for 100 pages max, before being put eternally aside for something more to my liking.

But love in the time of cholera, and similar novels only elicit one emotion from me – and that’s relief – that I don’t live in a time where my own personal happiness is dictated by a dedication to home, family and all things traditional.  That I don’t have to sit at home, unhappy because someone doesn’t love me enough or whatever overwrought heartbreak or tragedy is involved.  Instead – I can be out doing a myriad of things – no matter what my heart thinks. (Incidentally, my heart is just fine – but this kind of shows why I find these novels depressing instead of uplifting or whatever.)

So it is with some frustration – that many people think that to know Colombia – a person must know and embrace the works of Gabriel Garcia Marquez (GGM).

Sometimes learning about a new culture is fun – like trying a new food or seeing a new place.  But sometimes it feels overwhelming – like there is just too much to learn, or that it’s just too complex to understand.  That’s kind of how I feel about Spanish sometimes – every time I learn something new – I think of all the concepts, words and ideas I have yet to learn.  But it doesn’t have to be that way – and it doesn’t have to be some long-winded, winding, overly dramatic somewhat crazy tale like a GGM novel.

I offer up, instead some alternative options to people, like me, who want to know more about Colombia and Colombian life without resorting to the Gabriel Garcia Marquez method.

1.  Firstly,  accept that in many ways, we can’t truly know.  This idea comes from generations of sociologists who struggled with doing exactly this – knowing, defining and understanding cultures different from their own.  From the ‘lived experience,” the “participant-observer” and other modes of observation and study, we know that we can’t truly understand the cultures and experiences of others without being shaded by our own perspectives and biases.

But that’s okay.  I think it keeps us from being too arrogant, or too assured in our knowledge – knowing that whether we travel, study or live in Colombia for weeks, months or years – we will always just be scratching at the surface and seeing the superficial.  It certainly doesn’t mean we should stop trying.

Trying to know (learning) is in many ways – better than knowing.  Trying to know means asking questions, reading, looking, learning, and traveling around Colombia – trying to know is seeing and thinking about what you are seeing.

2.   Get to know the works of other Colombian authors like these..  Find the genre that does interest or inspire you – even if it’s something as unromantic as modern novels, war history or even a battered third hand copy of a travel guide.  For people at home – Amazon.com may be your best bet – and you will have a greater opportunity to find quality translations of original Colombian works.

3.  Use the internet – like you are now.. It’s crucial for people with remedial Spanish skills (like myself).  While my spoken Spanish improves with use – any sort of literary reading would be way beyond my abilities.  While not everything is available in English – there are a growing number of English translations, websites and blogs devoted to bringing the Colombian experience to you.

4. Look for knowledge in the most obvious of places, like the currency.  After all – if someone was important enough, like La Pola, to warrant being immortalized onto money, it’s a safe assumption that they are an important part of the history of the nation.

5.   Ask! Ask about plaques in public spaces,  ask, ask, ask.  People are very friendly in general – and are happy to explain to visitors who take an active interest.  One of your best resources for local information – whether on sites, history or even current politics – are the taxi cab drivers.  (Taxi cab drivers tend to get a bad rap in Colombia but the vast majority go out of their way to be friendly and helpful.)

6.  Watch Colombian TV – even if you don’t understand all of it.. Watch RCN (It’s the most exciting news program I’ve ever seen – since it has the soundtrack to an action film), and take time to watch some of the ‘home-grown’ Colombian movies and series.  The Pablo series is no longer on – but DVDs of the series are readily available.  Maybe “La Voz” has nothing to offer, but even some of the garden-variety dramas have something to offer about understanding Colombian culture.  Spend enough time, and you can readily identify differences in Colombian television versus much of the Mexican programming (that is offered on Colombian TV).

7.  Finally, to bring us full-circle from “Love in the time of Cholera” to “Surgery in the midst of civil unrest”:  Current Events

While learning about Colombia’s past – don’t forget the present..  Current events matter – particularly when you are “guesting” in a foreign nation.  Learning the hows, why and because of these current events are critical.  For example:

Right now, Colombia is preparing for a series of strikes starting on Monday.  Journalists and political analysts say that the strikes could encompass more than just the mining sector to include up to 15,000 healthcare workers as well as transit personnel and other blue-collar workers – potentially causing massive disruptions in transit and throughout the major cities.

Demonstrators are protesting unfair working conditions, poor pay (or lack of pay altogether, in some cases.)  Students from the Nation’s largest university, National University are also participating to add support to the efforts.

There is even speculation that President Santos’ hardline stance against the demonstrators could prove to be his downfall.

This comes in the aftermath of several ongoing strikes, demonstrations and disruptions in Colombia’s mining and oil industry.  This unrest has caused Colombian coal output to slide by 13%, which has further long-term implications for the Colombian economy, foreign investors and international trade.

Come Monday, we’ll see whether this will go down in the footnotes of Colombian history or remain part of the current political climate.

* I write about surgery – not politics, and don’t have a political bone in my body.  In fact, if I didn’t live with a bunch of journalists, I probably wouldn’t stay as current as I do in Colombian events – I’d be up to my eyebrows in some medical journal and just catching short blurbs from the news.. But living with this group has taught me to pay more attention, and I’ve learned a lot too..