I apologize, but the best analogy I can use – is a squeeze ketchup bottle. 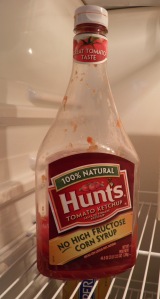 okay, it's not heinz.. but you get the picture..

In normal valve functioning, the three valve leaflets open and close fully to permit and control the flood of blood from the left ventricle to the aorta, where it is then circulated throughout the body. 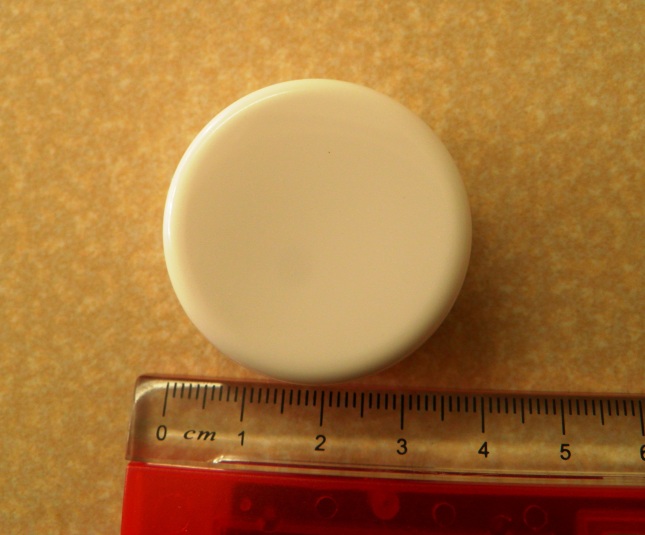 During diastole (the filling phase) the leaflets are shut to prevent blood from leaking backwards from the aorta into the heart.  (When leaflets don’t close properly this is called aortic regurgitation.)

During systole, the ventricle contracts like a big fist,  squeezing the ketchup bottle to shoot blood out of the heart into the aorta.  (The force of this is measured in millimeters of mercury, and is the top number on your blood pressure cuff).  When the valve is working normally, it opens fully and the blood is ejected out to the aorta, and the whole cycle begins again.

In Aortic Stenosis – the valve leaflets have become fused together, either from age or disease.
(Some people are born with only two valve leaflets and this means that they are more likely to develop aortic stenosis as they age.)  As aortic stenosis progresses, the opening for blood to pass thru becomes smaller and smaller since the leaflets can not longer open fully,  In many people – at the time of surgery – this opening is about the size of the pinhole in the ketchup bottle that squirts ketchup.      (The normal sized opening is 2 to 3 centimeters). 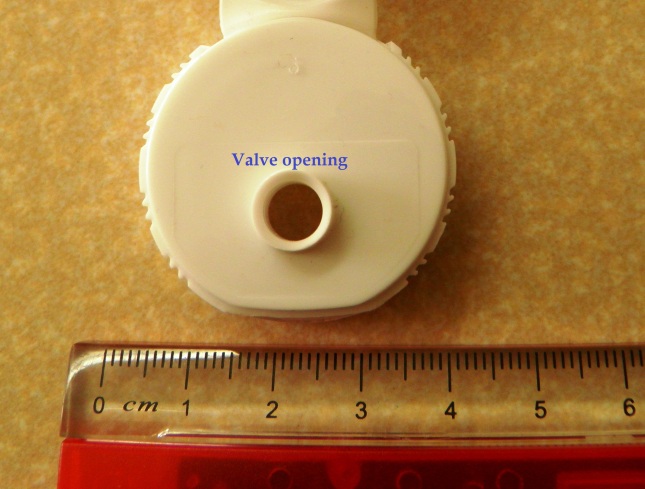 Now, think about how hard a person has to squeeze that ketchup bottle to get some ketchup for hamburgers, fries (and all the other foods I usually scold about in other posts).
In the heart – this pressure is magnified (and can be measured in the cath lab during cardiac catheterization).

As this pressure gets higher and higher to compensate for the narrowed opening, the delicate structures of the heart become damaged, with the heart muscle becoming thicker and less flexible (just like any other muscle with exercise.)  Except unlike biceps, a big thick heart muscle is not a good thing, and can lead to heart failure, arrhythmias and sudden cardiac death.

Eventually, as the heart pushes against the increased pressure, over and over (at least sixty times per minute) the heart gets tired from working so hard.  As the heart fatigues, it is unable to keep up with demand and patients will begin to develop symptoms.

Syncope/ near syncope (fainting or near fainting) as not enough blood is pushed into central circulation and to the brain.

Chest pain – because not enough blood is pushed out to the coronary arteries during diastole.  (In a person with aortic stenosis, nitroglycerin can cause problems – as it lowers blood pressure  (and force of contraction even further in someone who needs the extra force.)

Heart failure – the weakened and thickened heart can no
longer keep up and blood begins to back up in the left ventricle.

What these symptoms predict:

Once these symptoms develop, doctors can readily estimate the approximate longevity for patients who do not subsequently have surgery.

From the natural history of aortic stenosis (from before we had surgery to treat it) we know that 50% of people with Syncope will die within 5 years.

And ultimately, fifty percent of people with heart failure die within two years.

These numbers are important, and I want you to remember them for our subsequent discussions on aortic valve replacement because they need to be factored into a patient’s decision whether or not to pursue surgery.